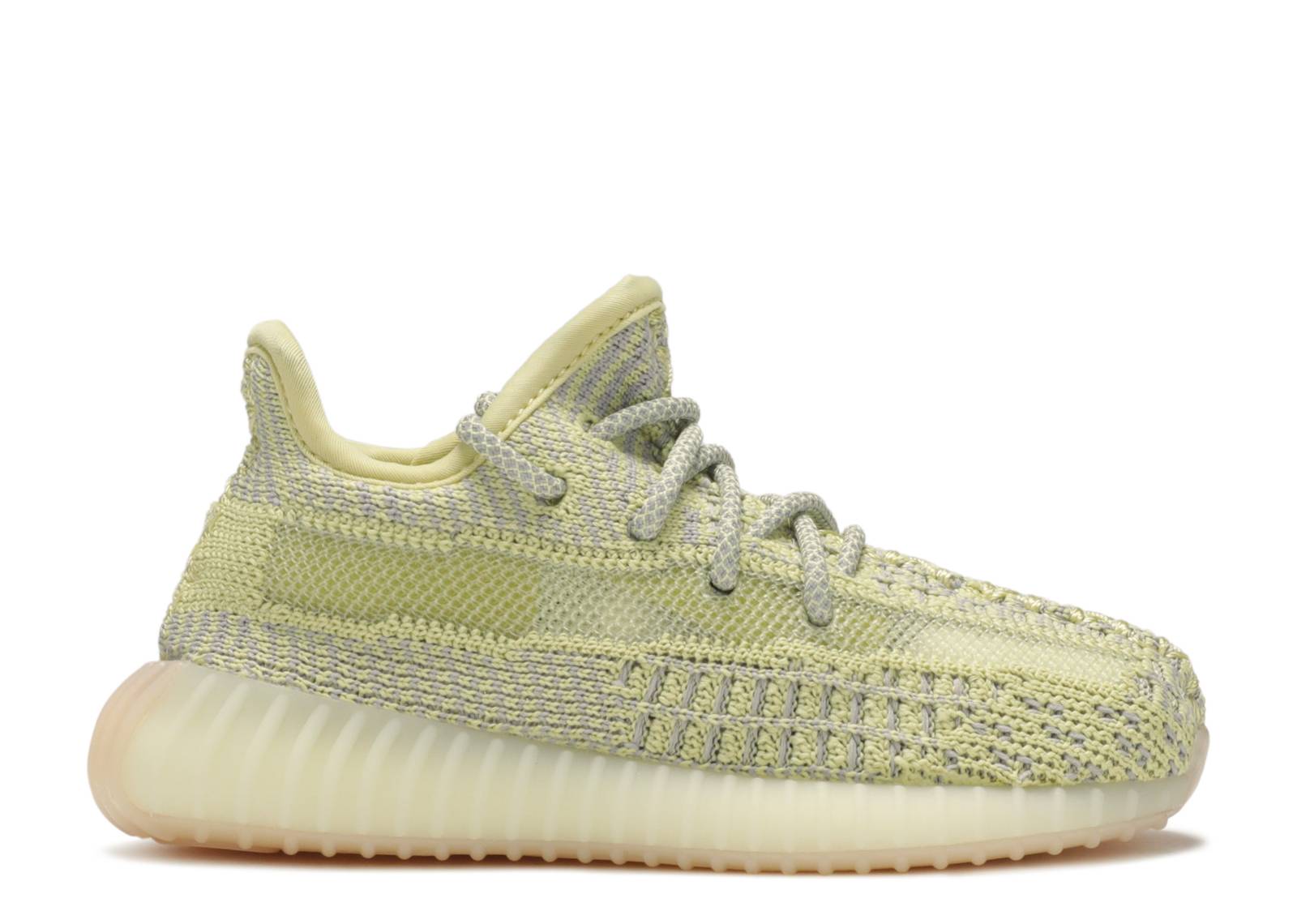 The adidas Yeezy Boost 350 V2 Infant 'Antlia Non-Reflective' formats the June 2019 release for little feet. The 'Antlia' colorway, both in reflective and non-reflective iterations, was exclusively released in Europe. This infant-sized take includes a Primeknit upper with a semi-translucent window at the lateral, much like the original 350 V2 released in 2016. For an update, this shoe does without the heel tab and casts the upper in a pale yellow-green tone. Full-length Boost cushioning promotes comfort within a TPU cage, underscored by rubber tread.

Quality Goods
We assure that all the goods sold are genuine and quality.
Nationwide Warranty
Depending on the quality guarantee and our invoice, you can enjoy the national joint guarantee service or the warranty by contacting us. You can enjoy the same or higher quality guarantee you buy in the shopping mall. We also provide you with competitive commodity prices, please rest assured to buy!

Note: Due to without any prior notice that the manufacturer change the product packaging, origin or some accessories, we can not ensure that the goods you got are in complete same with the pictures, origins and attachments of the mall. But we can ensure that the original factory genuine goods! And ensure the same mainstream new products on the market at that time. If we are not updated in time, please forgive us!
Free Return
You can free return without reason within 7 days of purchasing our goods (counted from the date the you receives the goods) on the premise that the goods are in good condition. (Except for some commodities, please refer to the commodity rules for details)